Each year like so many proud parents, I'm always excited to share those "first day of school" pics of Roslyn and Gabriel. But this time of year is also a painful reminder of the one who is not here.

Yes, Natalie would be starting high school today! It's been hard to get my head around. It just feels kinda surreal and it's just so sad. Everything we're missing out on, that SHE'S missing out on... It breaks my heart that Roslyn doesn't get to share the experience of being in the same school with her sister, playing the part of the big sister, the trail blazer helping Natalie find her way around Classical. It's another one of life's milestones missed.

I'm sharing this photo, which I found the other day while looking through a folder of pics my Mom took in 2005 on her first visit to meet Natalie when she was about one month old. I just really liked it. I always try to imagine what she'd be like now as a bright, beautiful, full-of-life 14 year-old -- and I can conjure up some thoughts, but that's all they'll ever be. Losing Natalie is a pain that will never leave me, nor do I want it to because the measure of the pain is a measure of love. It is endless. 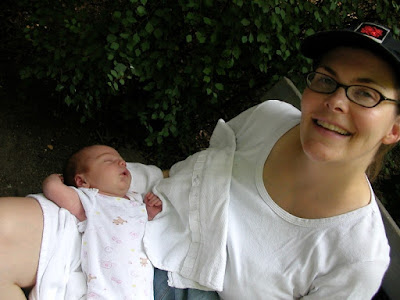 Posted by Beth Fouser Adamo at 1:51 PM No comments:

It was 12 years ago right around this time (it's about 9 o'clock as I write this) that I tucked Natalie in for the last time. The past few weeks have been more difficult than usual, leading up to the dreaded March 18th.

Today in particular I thought about our last day together, 12 years ago. It was a Saturday and kind of a crappy day in terms of weather -- we'd gotten a few inches of snow followed by rain, which created slush. Natalie and I had both come down with a cold the day before. Although the three of us girls were taking it easy at home, I felt the very least I could do would be to clear the slush off the front steps for the mailman. I rallied Roslyn and Natalie to go outside for a bit while I did that. Natalie flat out refused to put on her snowsuit and I didn't have the energy to argue with her. She wore her winter boots and coat. Roslyn who was fully suited up was having fun frolicking in the slush, but all Natalie wanted was for me to pick her up. She kept reaching her arms up at me saying "up, up!" I obliged, picked her up, and managed to push the slush off the front steps with a robust toddler in my arms. We went back inside as quickly as we could, had some lunch, and then I took Natalie upstairs for her nap. She nursed, but had trouble falling asleep. Finally, she drifted off for only about 30 minutes. I don't remember the rest of the day other than we had spinach pie for dinner and Natalie ate pretty well. When I put her to bed, the light from the streetlight outside her window was enough so that I could see her face in the dark. She was wide-eyed and looked right at me as I said good night. I kissed her again and said "nite, nite, sweet girl. I love you."

No parent ever thinks when they put their child to bed that it's going to be the last time they ever see them alive. Why is the universe so cruel?

I don't really have the energy to write any more about that night or the morning of March 18th, 2007. I have found it remarkable that several adorable baby elephant pics and videos have popped up in my Facebook newsfeed in the past few days -- three in the last 36 hours alone! Natalie loved blueberries, her favorite color was purple, and elephants were her favorite animal. One of her favorite bedtime books was Eric Carle's "From Head to Toe" and she took pride and joy in showing me how she could stomp her foot like an elephant (such a big girl!). I've written about signs before, usually in the context of butterflies, but I'm taking all of these baby elephant appearances as my sign this year. I love you, Natalie, and miss you more than words can say. 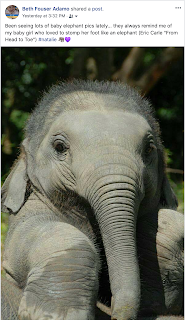 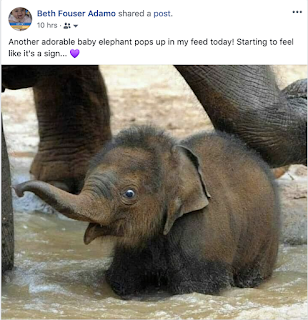 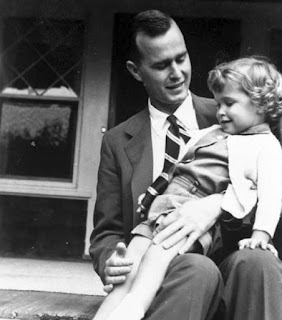